Do Stretch Marks Mean You’re Fat?: Why the Rumor Needs to Stop

Stretch marks are a result of skin stretching and pulling, which can happen during pregnancy or weight gain. They’re also something that many people experience after rapid weight loss. But the rumor that stretch marks mean your fat needs to stop!

So, Do stretch marks mean your fat?

Stretching can make your skin feel tight, even if you’re not overweight. Stretch marks happen when the collagen and elastin in our bodies are stretched to a point where they don’t snap back like before.

Do stretch marks mean that you have been gaining weight? Actually no; many people who aren’t fat also get them too–even thin ones, sometimes during periods of rapid growth spurts!

1. Stretch marks are not a sign of an unhealthy lifestyle

Scientists have long speculated that stretch marks are caused by a disruption to the elastic fibers of the skin; however, there has been little study on how this actually occurs.

One possible theory is that stretch marks happen when an area of your body’s cells produces more or less collagen than other areas which ultimately causes these elastin and protein fibers in your dermis to rupture under pressure from rapid stretching.

We know very few people who will intentionally break their own skin just for fun so it would make sense if something else like weight gain could cause such damage?

2. Stretch marks happen to people who have gained weight, lost weight, or even just gone through puberty.

Stretch marks are the body’s response to change. This can be weight gain, loss of fat and skin elasticity, or even the adolescent growth phase that parents dread.

3. There is no way to prevent stretch marks – they can be hereditary and are more common in women than men

It is possible that stretch marks are hereditary, or the result of chronic skin irritation. Women have reported a higher prevalence rate than men due to hormonal changes and increased stress levels during pregnancy.

Many people want to know how they can prevent getting them in the first place but this may be easier said than done; there has been no serious research into prevention methods until now! Recently, researchers from Swansea University found two genes that make it more likely for you to get these unsightly red lines on your abdomen after having children – scientists believe by blocking either one of those proteins will help reduce striae formation.

4. If you’re pregnant, it’s important to drink enough water and eat healthy foods so that your skin doesn’t become too stretched out from the baby inside

If you’re pregnant, it’s important to drink enough water and eat healthy foods so that your skin doesn’t become too stretched out from the baby inside. In many cases, stretch marks are one of the first signs of pregnancy.

If you find yourself thirsty or hungry more often than usual while trying for a child then there is an increased chance that these symptoms will be accompanied by some other changes in your health; such as having sensitive breasts and constipation during early stages of conception can indicate if something might not be going right with either partner’s fertility levels which may lead to miscarriage at later stages when fertility starts dropping off again.

5. You can get rid of stretch marks by getting laser treatments with a dermatologist or using creams that will fade them over time

You can get rid of stretch marks by getting laser treatments with a dermatologist or using creams that will fade them over time. Or, if you’re looking for an alternative solution to traditional methods, keep reading!

Instead of doing expensive and invasive surgery on your own skin at the hands of a licensed doctor, take advantage of natural alternatives like lemon juice which is not only cheap but also 100% organic and shown in studies to be effective. Simply rub it onto affected areas twice daily until desired results are achieved – no more sore feeling from stretching due to pregnancy weight gain? We thought so too!

6. Stretch marks should not be seen as a sign of being fat or otherwise unhealthy

One’s body is never a sign of being fat or unhealthy. Rather, it can be seen as an indicator that they are living their life to the fullest and should not be stigmatized for this!

Stretch marks may feel like badges of shame but we cannot let society dictate our behavior. They’re nothing more than scars from some wild adventures in time spent on earth with you – so wear them proudly!

The stretch mark stigma is so negative, and it’s time to put a stop to it! Stretch marks are not something that only happens when you gain weight. They can also occur during pregnancy or after rapid weight loss. We hope this blog post has helped clear up some of the misconceptions about what stretch marks mean for your body — they’re just part of being human. If you have any questions or concerns about how we can help with your skincare goals, don’t hesitate to reach out!

I am a Teenager & I Have Stretch Marks, But Why?

Stretch marks, also known as lines, are not only a problem for pregnant women and weightlifting; they can also have a significant impact on teenagers, both men, and women. The cause of striae scars caused by the lines is rapid growth or changes in the body. When this growth occurs, the skin is extended to...

There are many people who have stretch marks and want to know if Johnson baby oil will remove them. It’s a common question, but the answer doesn’t seem that simple. The truth is, there really isn’t an easy answer for this one! There are plenty of anecdotal stories out there about how some people say... 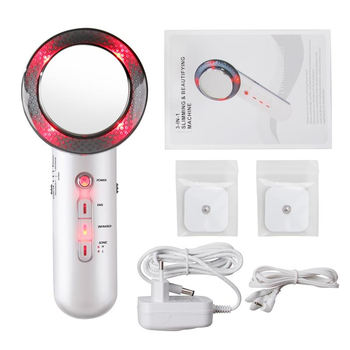 Can You Get Stretch Marks for No Reason?

There are many people who have stretch marks on their skin and wonder why they got them. Can you get stretch marks for no reason? The answer is yes! There are a number of factors that can cause the appearance of these lines in your skin, such as pregnancy, weight...

Why Do I Have Stretch Marks on My Hips and I’m Skinny?

One of the most common questions that people have is “why do I have stretch marks on my hips and I’m skinny?” Well, there are a few reasons why this may be happening. First off, if you’re not gaining weight, it’s possible that your skin is stretching to compensate for...